The Depressed Economy In The US Is All About Austerity 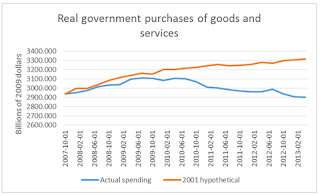