The Republican Party Is Now The Donald's Party

Trump's victory in Indiana makes it inevitable that he will be the Republican Party's nominee in November for the presidency.  Ted Cruz announced the end of his campaign and Trump is no longer campaigning in GOP primaries; he is setting up his organization to run against Hillary Clinton in November.  A plurality of Republicans have rejected establishment candidates like Jeb Bush and Marco Rubio, as well as Ted Cruz who was unable to turn his appeal to evangelicals and libertarians into victory.  I have linked to two obituaries for the Republican Party in the New York Times (here and one by the Editorial Board here).  More will be written, but it is very clear that whatever the Republican Party stood for, it is now history.  The Donald Trump wing of the Republican Party has won a clear victory.  The GOP establishment will have to deal with its new leader who is not easily led.  The Party will follow The Donald who has promised to "Make America Great Again".  Its not clear what will happen to the Party if Trump loses the general election in November.  It will be hard to put all of the pieces together again. 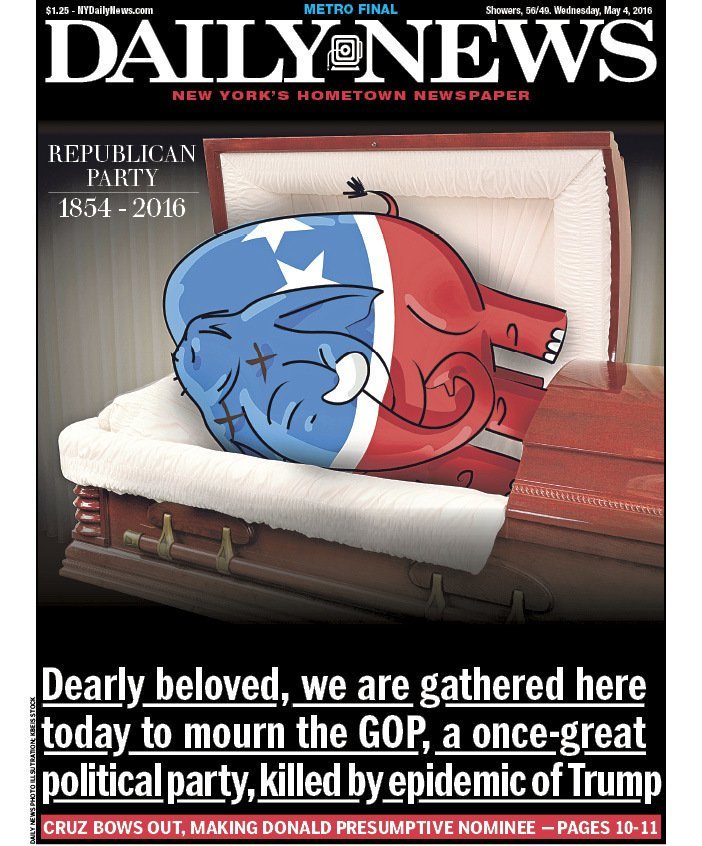