Which Variation On Capitalism Will Survive And Dominate?

The graph below (click to enlarge) illustrates that capitalist societies are quite different in their outcomes.  For example, the US produces more low paying jobs than any other OECD country.  One view, discussed in this article, is that other nations will move towards the US version of unrestrained capitalism in which market outcomes dominate over social democratic forms of capitalism.  On the other hand, the wide differences that currently exist are the result of political and economic coalitions that lead to very different implementations of capitalism.  The basic question is whether those institutional differences will prevail in the future.  The recent elections in Europe show that nationalism and anti-immigration forces are a threat to the coalitions that have made a more equitable system of capitalism politically possible in many European countries.  Will the US model or the European model prevail? 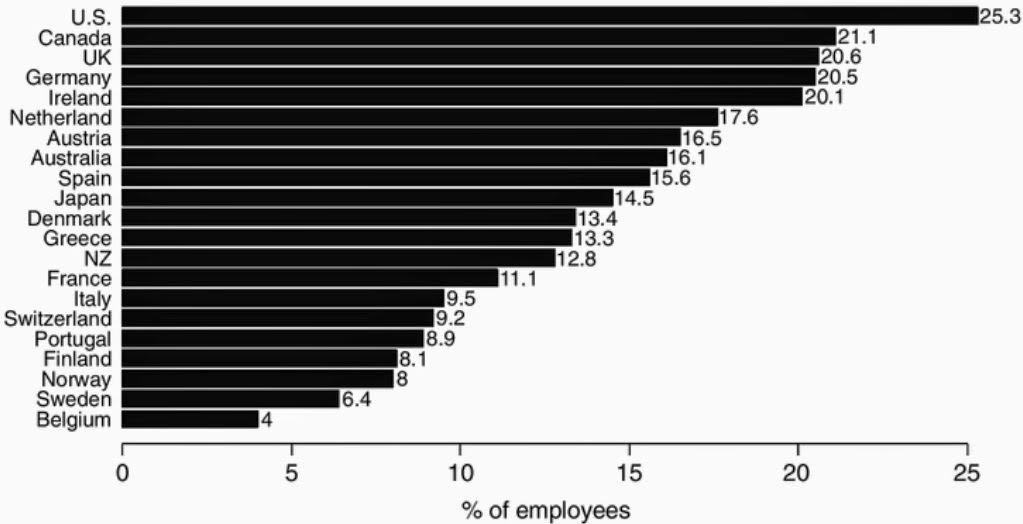