Loss Of Purchasing Power Since 1970 In US 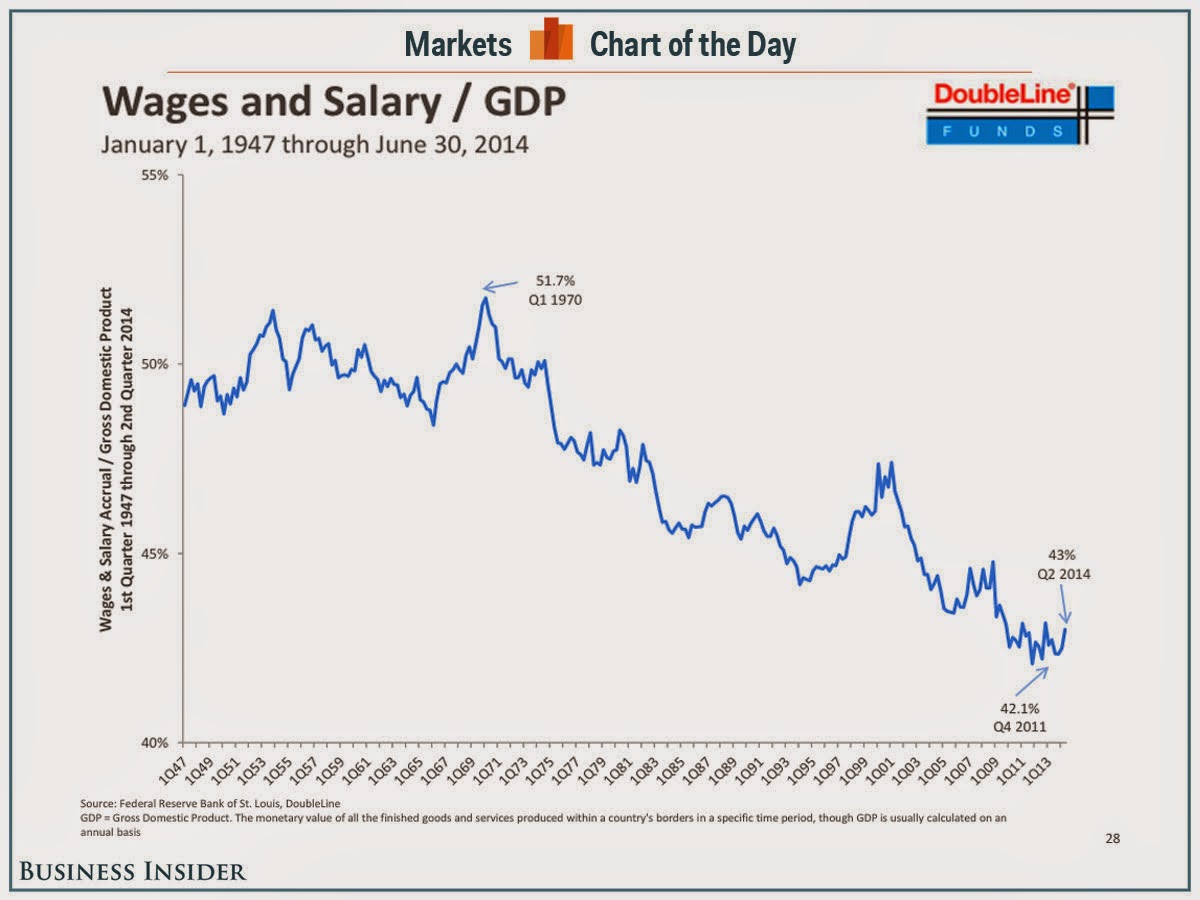 Wages and Salaries accounted for 51.7% of GDP at their peak in Q1 1970.  The are currently at 43% of GDP.  Moreover, they have fallen since 2007 for 70% of the population.  This represents a large loss in purchasing power, and it illustrates the weakness in the labor market.  The last upward trend appeared during the dotcom boom in the late 1990's when labor markets tightened.

This graph does not explain why wages and salaries have been on a lower trend line since 1970, but it does explain why the Fed may be concerned about raising interest rates in a bad labor market.  There is little risk of inflation in a period of declining purchasing power for most Americans.