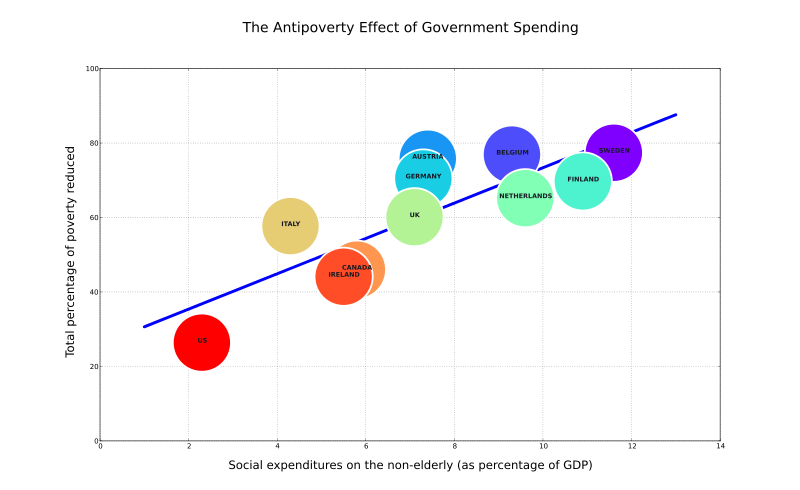 This graph makes several points:  Government anti-poverty programs do reduce poverty. Moreover, the US spends a much smaller percent of its national income on poverty reduction than other nations even though they do reduce poverty in the US. That may be because anti-poverty programs in the US are not broadly supported by the public and by politicians.  The big question is why public support for anti-poverty programs in the US is so weak. Many Americans responded positively to Ronald Reagan's story about welfare queens driving Cadillacs, and many oppose Medicaid and the Affordable Care Act for a similar reason. They don't want their tax dollars going to the "wrong people".  They have no problem, however, spending almost as much on prisons as they do on higher education.  This may be an example of "American Exceptionalism" at work
Posted by Unknown at 8:51 AM